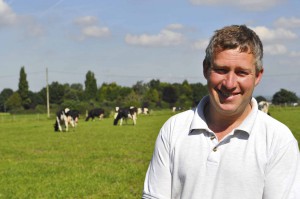 Lancashire dairy farmer Richard Corlett received advice from the Grassright Group over a three year period (2007-2010) when a focus on grassland improvement enabled him to increase grass DM yields and improve sward quality.

The resultant increase in quantity and quality of grazing and forage supplies enabled stocking rates to increase by 0.5cows/ha and milk yields to rise. Milk from forage increased by 20% to 5350litres/ha, and MOPF doubled to £3526/ha.

By having a higher quantity and quality of grazed grass, he increased stocking rates by 0.5cows/ha and rented out 20ha of land to a neighbour. Despite the dry summer of 2010 reducing grass growth, herd milk yield still averaged 9200 litres, a rise of 850 litres from 2007, with only a small increase in the amount of concentrate fed. 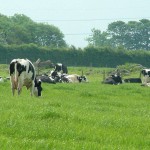 The majority of the yield increase came from improved grazing and forage supplies. On a per hectare basis, milk from forage increased by 20% to 5350litres/ha, and the margin over purchased feeds doubled to £3526/ha.

At Home Farm, near Ormskirk, younger and more productive leys are due to improved soil structure, more frequent reseeding and overseeding, and good weed and pest control. Soil testing identified shortfalls in nutrient requirements and slurry and fertiliser applications were tailored to ensure quality grass growth was cost-effectively achieved.

In early 2008, the Grassright Group visited the farm to assess the ground cover and sward content of all the fields as well as the existing nutrient and weed control plans. An action plan was drawn up to prioritise which fields to target first for sward and soil improvements, and what was required.

Investigations had revealed compaction in many of the fields, so grassland subsoiling was carried out in the first autumn, using an OPICO Sward-Lifter to break up surface pans and improve drainage. After this, leys became noticeably drier in wet weather – cows could be turned out two weeks earlier than normal. 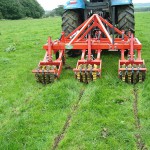 Good weed control had been achieved prior to the start of the project. Richard kept on top of the weeds by selecting herbicides appropriate to the specific weed problems in each field.

Richard had already been receiving nutrient management planning from GrowHow’s Encompass programme prior to his involvement with Grassright: soils were routinely sampled and analysed for pH, phosphorous, potassium and magnesium. The Grassright Group advised that slurry samples also be regularly analysed for their nutrient content.

With knowledge of both the levels of phosphorous and potassium required, and an accurate picture of the nutrients supplied by slurries and manures, Richard was able to implement a more precise nutrient plan. Slurries and manures were targeted to where they would be best used, i.e. where soil indices were lower, or where nutrient uptake was greater, such as in silage leys. Fertilisers were then used to make up any shortfall. This means Richard was able to change from using NPKS compounds to primarily NKS and straight nitrogen.

This approach prevented any sulphur shortfalls in the soil from limiting silage quality, and also saved money as Richard only applied the nutrients that were needed. Estimated savings from a more targeted approach to fertiliser on silage ground in 2009 were around £55 per hectare. 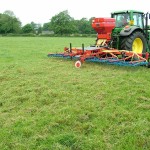 Although Richard had successfully controlled the docks on his farm, he had also killed off the clover. One of the first activities in May 2008, straight after first cut silage, was to oversow with pelleted CloverPlus white clover blend using an OPICO harrow and seeder. By pelleting the clover seed, the weight and size increased making distribution at sowing more even. The pellet also includes the bio-stimulant Headstart which helps the seed establish in the competitive environment of an existing sward. Richard continued to use overseeding and successfully replenished clover levels in established grass leys.

To get the full story, download the article which was published in the May 2011 issue of British Dairying (reproduced by kind permission).

Down on Dave’s Farm